Join the club 'strictly' for Staffies 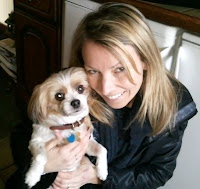 Why Staffordshire bull terriers need a bit of positive PR

The RSPCA Blackberry Farm Animal Centre, near Aylesbury, has set up a great initiative to try and dispel some of the misconceptions people have of the Staffordshire bull terrier.

The centre’s Staffy Club is now a year old and has more members than ever – more than 50 at the last count. It’s a great idea, Staffy owners and non-Staffy owners alike get together weekly for walks to socialise their dogs and themselves!

Once a month they also train the dogs in agility and even heel work routines to music, something which has earned a comparison to Strictly Come Dancing and has seen them ‘perform’ at Blackberry Farm’s fun day in July, much to the delight of spectators.

It is easy for people to see the many negative stories about Staffies and draw the conclusion that they’re all aggressive. It is also easy for me to defend the Staffy, having never met one which was anything less than friendly, lovable and full of character.

If we look at where their poor image has come from, it’s only been in the last ten years or so that the wrong sort of people have been getting their hands on Staffies, failing to socialise them properly, train them or even provide them with basic care like food and shelter. Many also inflict deliberately cruelty on their pets.

Before this, dogs like Rottweilers and German shepherds were the ‘status dog’ of choice for the less than scrupulous.

Those same people then abandon the dogs when they no longer have a use for them, resulting in 756 Staffies coming in to RSPCA care in 2010 and many more to RSPCA branches and other animal welfare organisations. 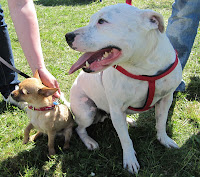 Unfortunately, because some Staffies are actually made to be aggressive deliberately or through the neglect of their previous owners, they can take lots of care to get used to people and other animals again. The cycle continues when people see the Staffy’s negative image and don’t even want to consider rehoming one.

Blackberry Farm’s animal care assistants Kirsty Spittles and Liane Tiffany wanted to do something to really make a difference to this trend and actively encourage people visiting the centre to meet one of their Staffies and talk through the many benefits of owning one. The Staffy Club is aimed at building its membership and creating ‘ambassadors’ for the breed who can show people that Staffies can actually be trustworthy, friendly and intelligent pets.


On the podcast just a few of the Staffy Club members talk about why they love their Staffies and I would urge those considering rehoming a rescue dog to have a listen, find out more information and think about a Staffy.


Many of the owners I spoke to said they initially had no intention of getting a Staffy, but now would not be without them.

By Sophie Wilkinson (with contributions from Xabi the dog)
Posted by RSPCA Press Team! at 08:53