Tales from England and Wales

from Sophie
The RSPCA has seven extremely dedicated regional press officers throughout England and Wales, covering a whole range of issues, from appeals for information and court cases to rehoming stories.
Recently, we’ve welcomed Lowri Jones into our midst as the new part-time press officer for Wales, who joins Gethin Russell-Jones in our Cardiff office. Lowri brings a wealth of experience to the role and we wish her all the best for her future at the RSPCA.
So, it makes sense to start this round up with Wales and a momentous case for RSPCA Cymru. A man from South Wales was fined £2,000 for using an electronic shock collar on his border collie. This was the first prosecution brought under the Animal Welfare (Electronic Collars) (Wales) Regulations 2010.
In the South West, a tiny kitten was found tied up in a carrier bag and dumped on Dawlish beach. The ginger and white kitten has been named Pebble by staff at the RSPCA Little Valley Animal Shelter in Exeter. He was healthy but traumatised and joins the many cats in RSPCA care which desperately need new homes.

This time of year is always difficult with lots of kittens being born and many unwanted cats and kittens coming in. We urge people to consider getting a rescue cat and remember RSPCA adoption fees usually include neutering, microchipping, full veterinary checks, worming, flea treatments and any vaccinations so please contact your local branch or centre for the cat of your dreams! 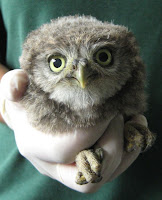 The RSPCA in the South East urged people to pick up their litter after a six-week-old little owl was brought into the charity’s Mallydams Wood Wildlife Centre in Hastings after eating part of an elastic band. Richard Thompson, wildlife rehabilitation team manager at the centre, said: “A rubber band could choke an animal so it’s lucky this little owl was found.”

The North region is trying to find fosterers for dogs involved in court cases. Many dogs have to remain in kennels until cases finish, which can take many months. To find out how to foster one of these dogs and offer them a normal life in the short term, please contact the RSPCA Great Ayton Animal Centre in Middlesbrough or RSPCA Felledge Animal Centre in Chester le Street.

Also this week a mother and son were banned from keeping cows, pigs, sheep, goats, donkeys, horses and mules in Selby. RSPCA inspectors found dead and dying animals at their property. RSPCA inspector Laura Barber said: "This was a terrible case which involved very long periods of suffering and the deaths of a number of animals.”
In the East region, a goose was discovered in Norfolk with severe injuries, thought to have been caused by a blunt instrument having been driven through its breast area.


Anyone concerned about an injured, sick or suffering animal should contact the RSPCA on 0300 1234 999.
Badger update
The long-feared badger cull was confirmed this week by Defra. The RSPCA believes that the problem of bovine TB in cattle needs a sustainable and effective solution which is supported by scientific research. Such a solution does not lie in this cull.
RSPCA supporters can express their outrage at this decision by going to Facebook.com/rspca and taking part in the ‘Tag and Share’ campaign.
Coming soon!  RSPCA 24/7 Tweet-a-thon – the first 24 hour tweet session from our frontline staff...3 August... #RSPCA247
Posted by RSPCA Press Team! at 08:03 No comments:

A step back for lab animal welfare?

One of the hot topics I’ve been working on this week is the use of animals in research and testing.
On Wednesday the Home Office released new statistics showing that the number of scientific procedures using animals has topped 3.7 million in the UK for the first time since the current law regulating lab animal use came into force in 1986.
Here in the RSPCA press office we’ve been speaking journalists about our concerns that despite the fact that the public is consistently told that experiments using animals are only ever undertaken ‘where absolutely necessary’, we’ve seen an astonishing 37 per cent increase in animal use over the last decade. But whilst the numbers of animals used is very important, a really big concern is how much these animals actually suffer.
The story has appeared in lots of newspapers, websites and blogs, which is great news as I think many people don’t realise that animals are used in so many different areas of research and that such a large number of animals are involved.
Those representing science and industry often attempt to reassure the public by claiming that the UK has the ‘strictest regulations in the world’ and that ‘everything is done to the highest possible standards’. So you’d think that they’d want to keep these standards. But some of these same people are now lobbying for many aspects of the law to be watered down to the minimum baseline set by a new European directive on animal experiments.
Whilst these new EU controls will certainly represent a step forward for a number of other European countries, they fall short in many areas of what we have had here in the UK for a number of years.
Despite having the freedom to maintain our standards where they are higher, there is little convincing evidence that the UK Government will choose to do so. It could mean reduced government and local controls on animal use in the UK, lab animals being allowed to suffer ‘long-lasting, unalleviated, severe pain, suffering or distress’ and some animals such as dogs could be kept in even smaller housing.
Because of this, the RSPCA is campaigning for the current UK standards to be maintained at the very least. I’m passionate about this campaign as I think it’s really important for the public to know the facts.
I also think most people expect there to be tough controls on animal experiments, given the suffering they can cause.
I’ve already responded to a Home Office public consultation which is asking people how they think the directive should be implemented in this country.
If you’d like to take part in the consultation or find out more, there’s lots of information and tips on how you can help on the RSPCA’s Give Animals A Voice campaigning website.
Meanwhile, you might like to watch our fantastic new animation and also take a look at my colleague Penny Hawkins being interviewed on CBBC Newsround!
And if you are interested in finding out more about the issue of animals in research and testing more generally, you can find lots of great stuff on the RSPCA website.
Helen Coen, senior press officer

Well, we all owe Jude a huge thank you for all her work, and wish her very success in her new job. Battersea Cats & Dogs Home is such a well-respected organisation and one which the RSPCA already has a very close relationship with, so everyone here is delighted that Jude’s considerable skills will continue to further the animal welfare cause.
As for me, well although I’ve been running the RSPCA Press Office since 2005, the last nine months have been spent on a sabbatical break away from work. I’ve had the incredible privilege of travelling around the world with my partner, and our trip included such diverse experiences as helping rehabilitate cheetahs in Namibia, swimming with wild dolphins in New Zealand and even working as a security guard at an elephant festival in Laos.
So returning to the world of emails, budgets and even the office printer has been a bit of a culture shock. But it’s also been a great opportunity to have a fresh look at what we do, and fantastic reminder of how much the RSPCA and all animal welfare charities do every single day.
So many people think the RSPCA is just about cats and dogs, but we work for all animals, and the range of work we do is vast.  In just the last couple of weeks, we’ve won a symbolic and powerful vote in the House of Commons on wild animals in circuses, and been on most of the front pages with the investigation into the deaths of two police dogs.
Coming back has also reminded me how hard-working and dedicated the RSPCA Press Office team are. I am so proud of them for many reasons, not least because on any given day they have to handle the most demanding of enquiries, and sometimes the most bizarre of questions.
The press office is possibly the only place where on any given day you’ll be dealing with stories about dumped guinea pigs, cat poisonings, baby bats, a drowned dog, baby seals, a stranded gannet, and some lost cows – all at the same time.
I still remember my first day in the press office... and a journalist called up demanding to know what we thought of “cheetah-friendly beef from Namibia”. I can’t remember what I told him, but at least six years later I can say I’ve been there, and now I know the answer!

Henry Macaulay, head of press at the RSPCA
Posted by RSPCA Press Team! at 05:40 No comments: