A Place in The Sun

Given the on-going Leveson Inquiry, you’d be forgiven for thinking that tabloid journalists aren’t the most popular bunch on the block right now. In terms of groundbreaking discoveries though, that’s hardly up there with the Higgs boson particle. 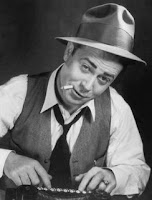 For an industry that thrives on title-tattle of the rich and famous, criticism is nothing new to the red-top press.

So why then, you may be wondering, has the RSPCA thrown its support behind The Sun newspaper’s Safer Dogs Campaign? How can a newspaper which regularly prints images of snarling canines and ‘devil dog’ headlines get the backing of Britain’s biggest animal welfare charity?

From a press officer’s point of view, the facts are simple. As of May this year, with sales of more than 2.6million copies every day, The Sun is the highest selling national newspaper. Despite the recent backlash against tabloid journalism, its influence is still huge.

Just like the job of frontline inspectors is to rescue animals and prevent cruelty, the job of a press officer is to get the RSPCA’s message across in the media. In this instance, Britain’s biggest selling newspaper has essentially put it on a plate for us. We’d be crazy not to bite their hand off. 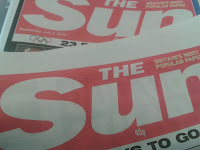 When The Sun came to us, asking our opinion and what reforms to dog law we want from the Government, we were happy to share those thoughts. When The Sun then used that information as the basis for a campaign to apply more pressure on our country’s decision makers, why wouldn’t we support that? It means we are essentially getting our messaging directly into the homes of more than 2.6million people on a regular basis. That is probably more than many advertising campaigns or mail-outs could achieve, and at no financial cost to ourselves.

As press officers, we can try our best to get our point of view across to journalists and media. Despite this, we can’t control what images or headlines The Sun uses. However, we are more likely to influence such matters by working closely with them than we are by not.

You might not be the biggest fan of Page Three girls, sensational headlines or double page features on Jedward (seriously, who is?), but our priority remains animal welfare – not The Sun’s editorial policy. 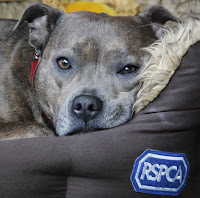 Newspapers are ever-changing and we can’t predict whether The Sun will suddenly decide to change its view by this time tomorrow. If it does change its tune, then no doubt we’ll have plenty to say about it. We’ve not signed up to any secretive deal. We’ve not exchanged black briefcases outside a dimly lit tube station. We’ve not given anyone a secret handshake. We’ve simply applauded a major media outlet for pointing out what we’ve been saying for years – that the root of the problem is deed not breed.

The proof will of course be in the pudding. However, if the newspaper’s Safer Dogs Campaign makes a real difference and improves the lives of thousands upon thousands of dogs – not to mention the vast majority of responsible dog owners – and stops the demonization of dogs, then we hope we won’t be the only ones who offer them a pat on the back.