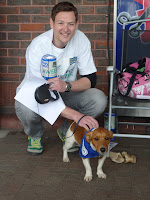 In the world of animal welfare, dog legislation is one of the hottest and most controversial topics.
The RSPCA takes every opportunity to improve the welfare of dogs, and in recent years we have aired our views about the current failing legislation - often receiving plenty of criticism for it along the way.
What a lot of people fail to recognise is the level of expertise and experience within the RSPCA, from scientists to political lobbyists to inspectors out in the field. Our decisions are made with what we believe ultimately is in the best interests of animal welfare, and are based on scientific evidence and practical experience.
One thing that many organisations agree on is that the current law isn’t working. It isn’t working in terms of public protection, it isn’t working to stem anti-social behaviour and importantly from our point of view, and it isn’t working for the dogs themselves, who are as much the victims of irresponsible ownership as anyone. 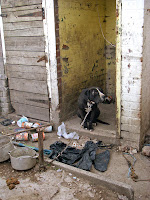 That’s the reason why the RSPCA along with 19 other organisations, ranging from fellow animal welfare charities to workers’ unions, have launched a new petition calling on the Government to make good on its pledge to tackle irresponsible dog ownership.
More than 5,300 people have signed up since it was launched less than two weeks ago. If you too would like to see dog legislation change, please sign up.